I spent the better part of two months engrossed in one massively involved sewing project that I should have been finishing that week, but a friend needed a Jayne hat.

For the uninitiated, Jayne Cobb is a big, tough-guy character on Joss Whedon‘s tragically short space western television series Firefly.  In one of the final episodes, he receives a comically uncharacteristic care package from home, complete with a hat hand-knit by his mother, which he obviously loves, because it’s from Ma Cobb.  It is the signature costume piece from the series.

So I woke up to the follow inquiry from an improviser friend of mine:

Now, we’re going to skip over the bit where I was the first person he asked and get right to the important bit.

I *have* a Jayne hat.  It’s a very nice Jayne hat, made with lots of love by a wonderful friend from college who was just learning to knit and happened to make two while she was learning the pattern.  She just up and handed over the spare when I said I loved it and would like to have one of my own one day.  (Clearly, this was from my pre-knitting days, as I didn’t just ask for the pattern and make one myself.)  I’ve worn it as my primary winter hat every year since.

But you see, the colors aren’t quite right.

And the friend who needs the hat is actually playing Jayne in a local production of Firefly: The Musical, and we already knew we’d have a lot of fans out to see it, so I just couldn’t bring myself to put him out on stage with an inaccurate hat.

So I made another one.

No, I’m not getting help.

I’m (more or less) using this pattern, because the girl who wrote it obviously obsessed over all the details the way I would have, if I had that sort of time.  Frankly, she deserves a medal for doing all this work and putting it online for free.  As far as I’m concerned, this is the definitive Jayne hat pattern.

Actually, stop reading my post for a few minutes, and peruse that blog entry.  You need to see it.  I’ll wait.

Now back to my hat!

I started with 68 stitches, because my Jayne has a large-ish head.  As I finished the main portion of the cap, I discovered the best part of this pattern:

There is no decrease.

During her many pained hours carefully examining the original hat as seen on the show, she found that it bunched at the top, which means that the hat is made by forming one big tube, then just drawing up the top like a bag. 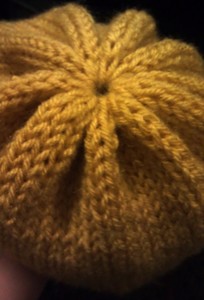 Final dress rehearsal and photo shoot was at 6:30 on Friday.  I finished sewing in the ends during lunch.

The hat was going to be a complete surprise, but I was working on it at a show on Thursday night, and took the opportunity to ambush my friend and check the size. The surprise turned out to be instead that the hat he saw half-finished at 11:30 on Thursday night was done the next afternoon. 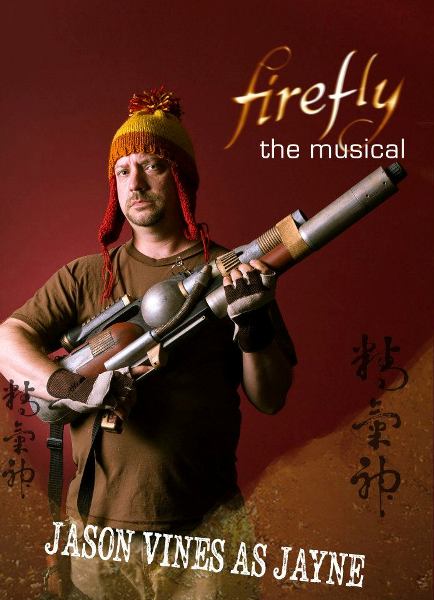 What have we learned from this project?

I am:
a) not above buying the love of my friends with ridiculous hats
b) a hopeless geek
c) addicted to knitting (again)
d) really pleased to return to my old role as the go-to gal for crafty things.  Go on – ask me to make something.  No, don’t – I have other projects to finish!
e) All of the above 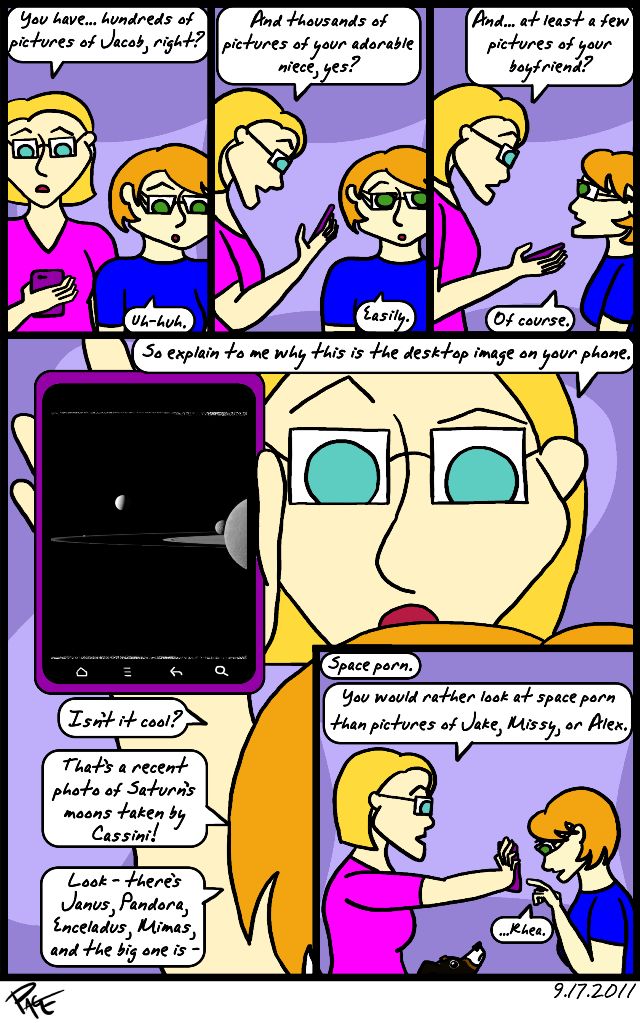 I blame Phil Plait.  His blog is an unending stream of pretty space pictures, and he’s been getting a little Saturn-happy lately.

I mean, are these Cassini pictures not the prettiest things you ever did see?

Today, this guy is my hero.

Not only is Lar de Souza a brilliantly talented artist and cartoonist, not only is he one of the brightest, kindest personalities in my Twitter feed, not only does he have one of the most epic beards on the planet and wicked cool vintage glasses, but this guy has traveled from Canada to Kennedy this week for a NASA tweetup and a chance to see the final flight of the shuttle.

Had you asked me in middle school what I wanted to be when I grew up, I would have told you I’d like to be a cartoonist, but I’d definitely be working at NASA.  You know how overachieving kids have the unreasonable dream and the more realistic yet lofty goal.

Funny how things work out.

Challenger blew up four days before I was born.  I grew up in a southern Houston suburb, surrounded by NASA employees during the brave post-Challenger years when the American space program stared death in the face and then dared to keep moving on.  A childhood of reading Asimov, Clarke, and Heinlein put crazy ideas in my head, and then regular school and scout trips to the Johnson Space Center told me that no, those weren’t that crazy at all.  I wanted the moon and the stars, and I had plans to get there.  I was going to college to become an engineer, and I’d be helping to build the next shuttle (which, at the time, was already being planned – sort of) as part of NASA’s ginormous brain trust.

Then in 2003, two things happened to bring all of that to a screeching halt: Columbia and Calculus 2.  On the morning of my seventeenth birthday, breakfast was interrupted by shocking news footage of the future of American manned space flight silently burning over north Texas.  NASA all but shut down until further notice.

Columbia was the last straw.  After a series of embarrassing mishaps brought about by an agency trying to run too fast on too little funding, people had died – again.  The true end of the shuttle program was finally visible.  The plans for the International Space Station were scaled back.  The designs for the shuttle’s successor were scrapped.  Higher-ups were canned.  A lot of my neighbors lost their jobs.

I no longer saw a viable future for myself in the space program.

The same year, I barely passed Calculus 2, and chickened out on my plans to be an engineer.  That kind of math was *hard* and really, why did I need that much pain and suffering?  What was the point of engineering school now, without my bright shiny future at NASA?

Today the final shuttle mission has launched with absolutely no concrete plans for what is to follow.  NASA has general ideas about how America will be launching humans into space in the back half of the decade, but today’s launch is the last until further notice.

(At least I’m in good company – Neil deGrasse Tyson’s and Phil Plait’s sentiments mirror my own and tend to be much more informed and eloquent, if you’d like to see more.)

I share all this not to be a “Debbie Downer” on this auspicious occasion, but to make you understand how emotionally invested I am in this final flight, and to show just how much it means to me that Lar de Souza has been showering the internet with kid-in-a-candy-shop tweets from Cape Canaveral for the last two days.

Here I’ve been getting all weepy and philosophical about this final flight, and he’s been geeking out, unperturbed by threatening weather, thrilled to the point of incoherency just to be there, to see a launch.

He’s taking me back to hopeful, starry-eyed, fifteen-year-old me, and making this experience more sweet than bitter.  And for that, I love him more than I can possibly say. 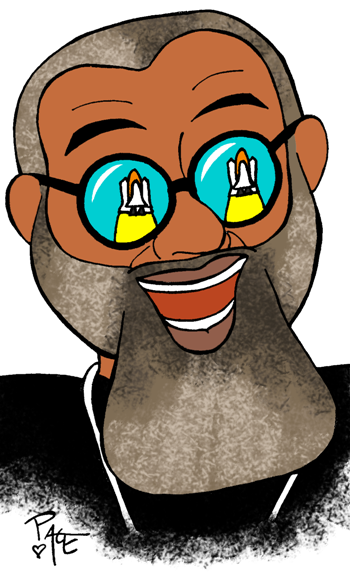