So sometimes I get weird cravings.

I mean, yeah, there’s the generic cravings: salty, sweet, chocolate, other things that I probably shouldn’t eat.  But at some point during my summer abroad in Barcelona, I suddenly found myself craving chicken-fried steak.  (Mind you, at that particular point in my life, I’d consumed the fried monstrosity maybe three times, because I was a very bad southerner as a child and assumed the stuff would taste as bad as it looked until I actually tried it somewhere about the time I went to college.)

Now, obviously there was nothing that could be done in Spain for a chicken-fried steak craving.  Don’t be ridiculous!

Then the class went to this little cafe for lunch, and the meal they’d prepared for us was this veal thing that… well, see for yourself: 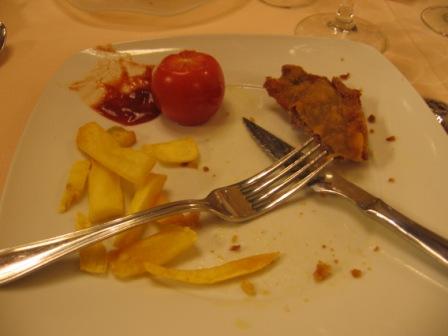 Anyway, sometimes I get weird cravings, and sometimes I forget to eat.  These don’t generally happen together, as the former would more than likely negate the latter, but last night, after I’d forgotten to eat anything worth mentioning since lunch, I found myself craving – of all things – deviled eggs.  Yeah.  At about 11:00pm.

Now, I have a pretty strict policy of not eating anything after 9:00, in a desperate attempt to maintain healthy sleep hygiene so I have a sporting chance at a decent night’s sleep and subsequent morning that doesn’t begin with murderous thoughts toward the inventor of the alarm clock.  The deviled egg craving at 11:00pm should have been absolutely out of the question.

But you see, I’d forgotten to eat, which meant that I was hungry.

Thus, at an hour frightfully close to midnight, for the very first time ever, I made deviled eggs! 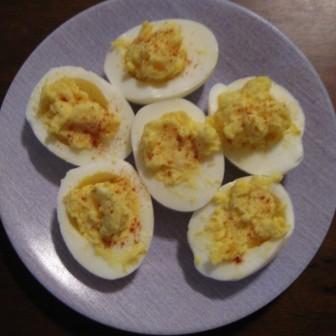 (And they were tasty!)

*Special thanks once again to the Kitchen Primer and Better Homes cookbook that are both at least twice as old as I am, even though I continue to be very bad at following directions. 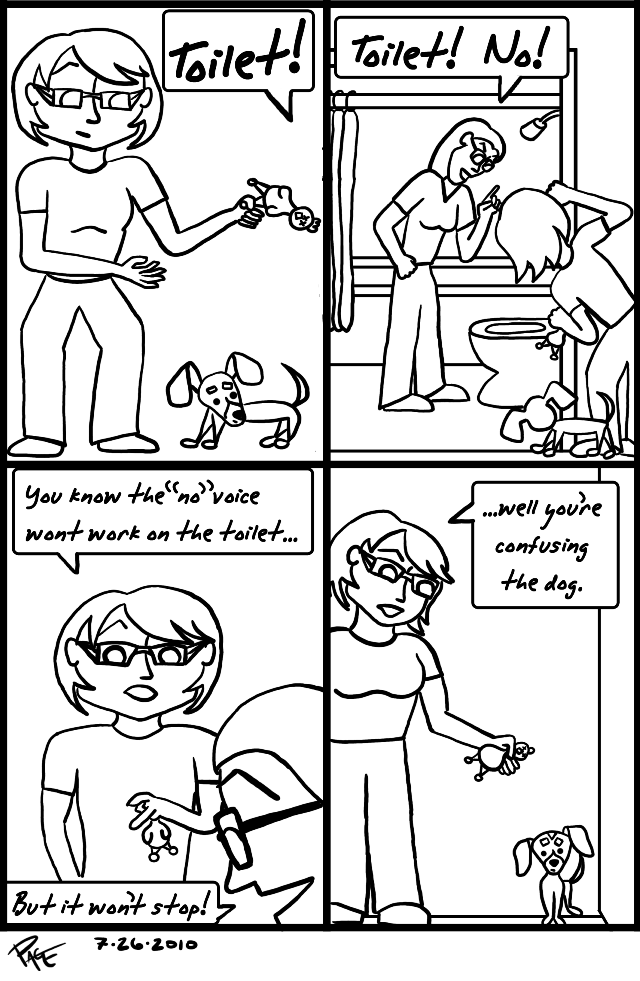 I bought bananas a few weeks ago.  This is not noteworthy because said bananas are still rotting away on my kitchen counter or anything.  Rather, I bought bananas a few weeks ago, just as I was coming t the end of a particularly tasty loaf of pumpernickel.  I got home for lunch one day and saw the last of said bananas sitting somewhat forlornly on the counter, and thought, “Well, I could just eat the banana by itself, but I’ll bet a peanut butter and banana sandwich on that pumpernickel would be amazing!”

Then I realized that I’d just finished said pumpernickel for breakfast that morning.  Tragedy of the highest order.

So I spent the next week trying to polish off the loaf of something-not-pumpernickel that I’d already bought, so that I could then run out and purchase yet another loaf of pumpernickel, a fresh bunch of bananas, and a new jar of peanut butter (turns out I was down to the bottom of the jar, thanks to some particularly evil experiments with the dog’s treat ball – go figure).

By Monday (which was especially Monday-ish), I had all the necessary tools to make a much-needed Super Smammich! 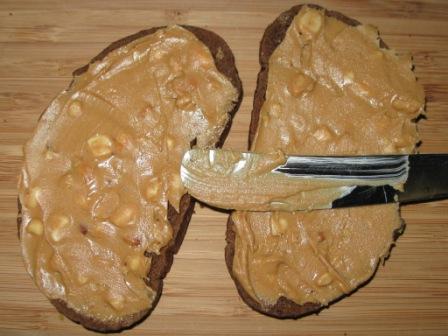 Cut big ol’ chunks of banana and squeeze as much as you dare onto one slice of bread! 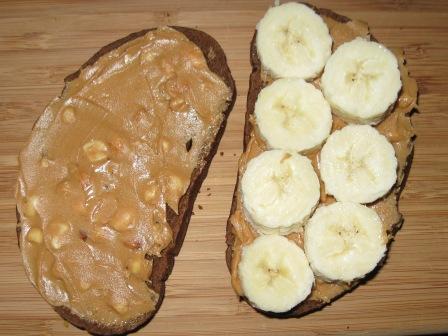 Drizzle honey all over it! 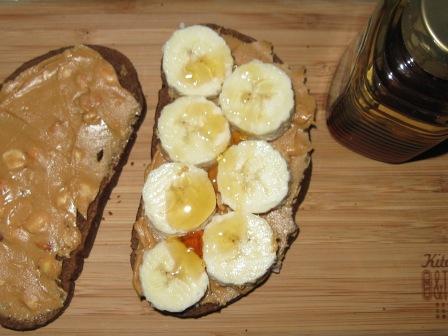 Slap the second slice on top and enjoy your Super Smammich! 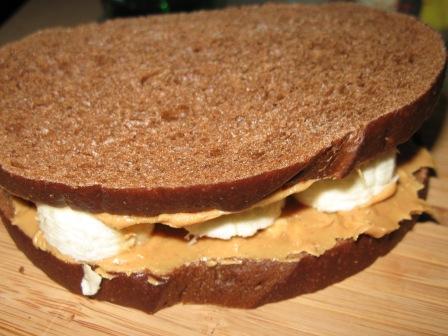 *Serving note:
A decently large plate and at least one napkin are highly recommended.  Some of the honey will drip out, and it is not possible to consume that much peanut butter without getting it on your hands and face.

This thing is the ultimate power food.  You get a little sugar kick-start from the honey, quick carbs from bread, a full serving of fruit (assuming you eat the other half of the banana while assembling the sandwich, of course), and then the staying power of peanut butter.  One small sandwich is more than enough to get me to the next meal and then some.  It absolutely works for any meal, at any age, on very little budget.  This is dorm food for the masses.

I rolled out of bed with a particularly bad case of the Mondays.  One Super Smammich! later, I was ready to take on the world! 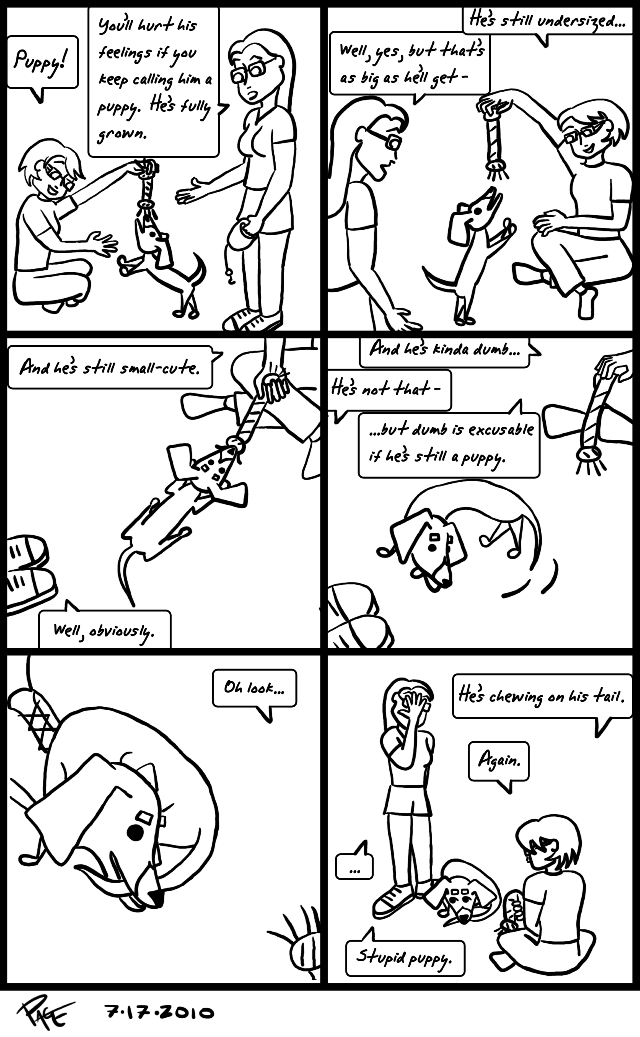 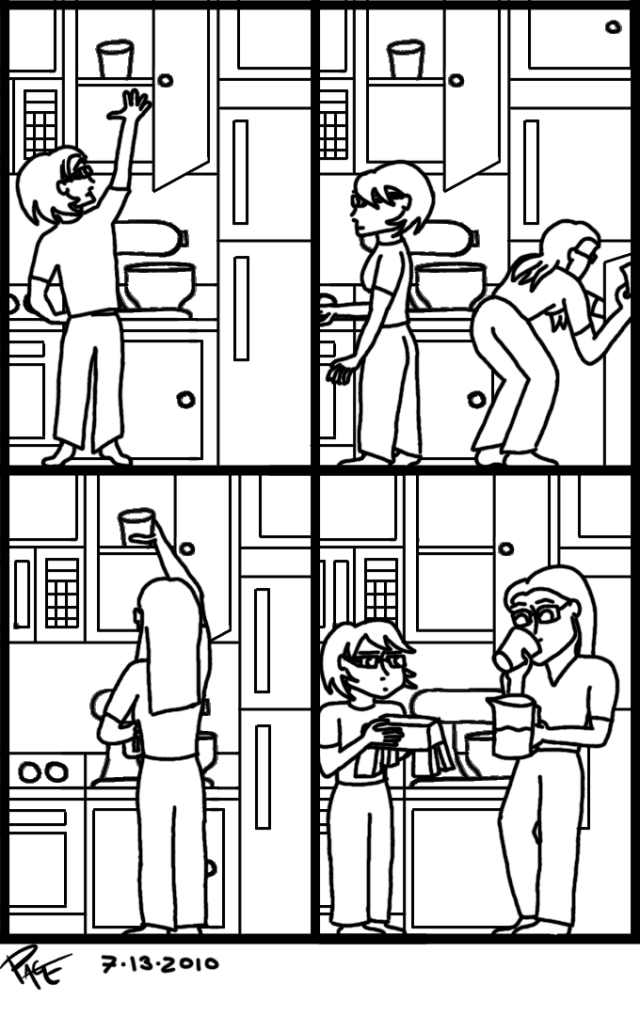 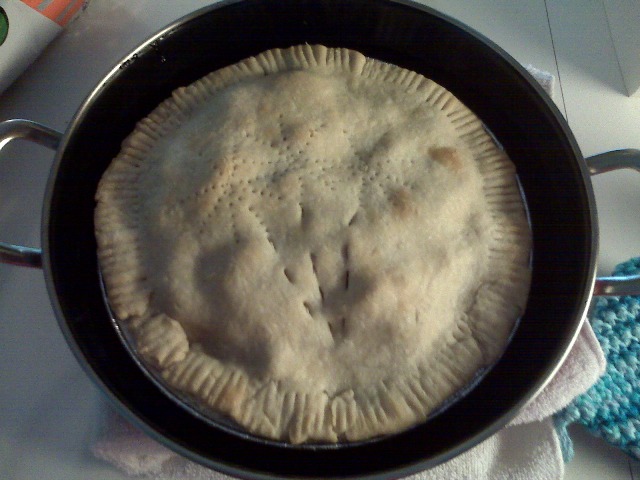 My family’s pie tradition is a momentous operation.  For as long as I can remember, Thanksgiving and the Fourth have been spent bopping around the kitchen and helping make the apple pie recipe from our now rather old edition of the Better Homes New Cook Book.  Dad’s always been the pie crust maker, even though he can’t eat it any more, while Mom enlists whoever else happens to be on hand to cut a small mountain of apples and make filling.

This weekend, as we pondered what to bring to a properly patriotic pot-luck, I could think of nothing more appropriate than that old apple pie.  I was fairly thrilled to find that the crust tasted exactly the way it’s supposed to, given my miserable track record for baked goods lately.  The filling, however, came out horrendously runny.  Our best guess was that it wasn’t adequately ventilated and/or was not baked long or hot enough.  But it tasted wonderful, and that’s what matters. 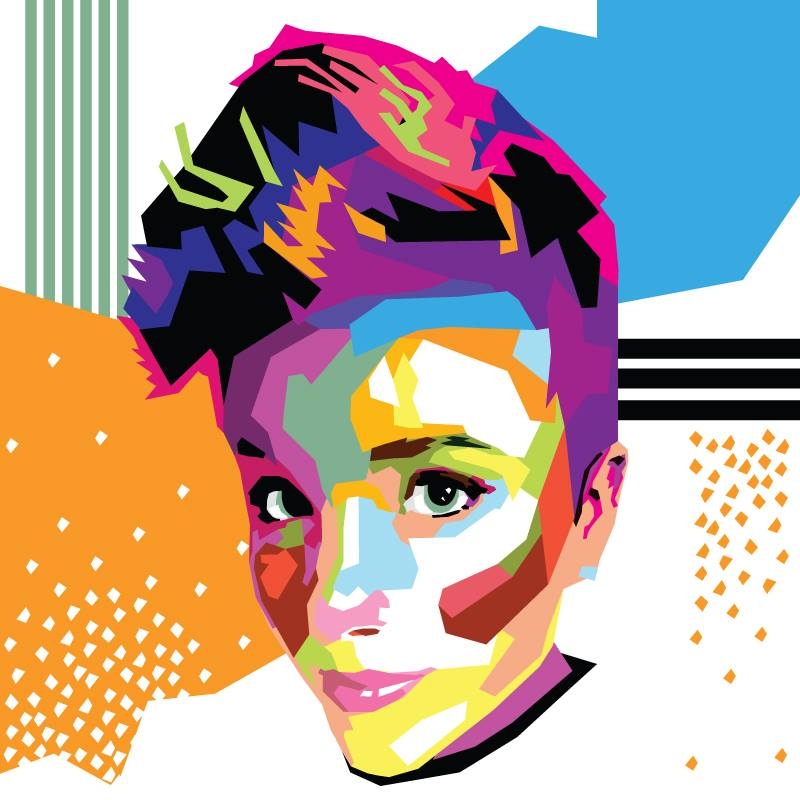